The need for a camera is unavoidable, especially nowadays when we’re facing our social media almost every single day. An additional eye to capture beautiful moments and landscapes can be very useful for everybody. Good camera may result in good social media, and a good career.

People need a camera for many purposes, whether it’s related to their professional works or not. They could use it for vlogging, especially because there’s Youtube where you can create any content that you want. The generic cameras found in phones are just enough, but people want more than that.

You can search the camera based on many things, from the simplicity to the customization. For the general market, the simple cameras can work the best for them. The built-in advanced technology plus easy-to-access features can be one of many things that people desire. With a simple yet effective camera, they can get good quality images without further customization.

Things can be different in professional fields, where the people tend to have more customized lenses and everything. They could adjust almost everything in order to achieve the pictures they desire. Switching out lenses are more common in this kind of market. So the ability of lens customization is a must for a professional field.

Today, we’re gonna look at the cameras that may suit specific markets, Canon Eos M50 and Sony A6000. Both are considered great affordable cameras that you can get under 600 $. As you may know it, the A6000 here is a classic compared to the newer Canon M50. It is newer than ever, but can it actually surpass our old friend A6000? Let’s see it below.

The first one is the classic Sony A6000, a camera that was launched in 2014 and is still being hunted by collectors and professionals today. We’ll tell you the reason afterwards, but let’s see about the display first. A6000 has the maximum Full HD resolution, or 1920 x 1080, and 24 MP, using the APS-C sensors. Even though the sensor used is the same as Canon M50, this camera has better aspect in dynamic range and high ISO. Read also: Panasonic Lumix FZ80 vs Canon PowerShot SX70 HS.

The screen is good enough with 1400K viewfinder resolution and. It lacks a microphone port, or selfie-friendly LCD though. Even simple thing that you can find today like Bluetooth technology wasn’t installed.

It’s clear that technology is not the power that people are looking for from this camera today. But of course, the basic features you can find in generic cameras like RAW format, Wireless connectivity, built-in flash, external flash shoe, or remote control from smartphone still exist. Even though it’s old, it’s not left way behind.

However, people do miss A6000 because of so many things. Yes it is not a small camera that is easy to carry everywhere, but it has longer battery life than most cameras. One fully charged battery could last until 360 shots. Other than that, A6000 also functions better for continuous shooting since it’s able to deliver better performance and higher fps. The flash coverage is also bigger, which is about 6m wide, 1 m wider than the newer Canon M50. Also, AE bracketing range and sensor pixel area are better on this camera.

Another thing that makes people fall in love with A600 is the available attachable lenses. This is the factor of why the people are still looking for this thing. There’s about 116 different lenses that are applicable to this camera. It’s crazy how you can combine the camera with this many lenses. You can easily mix and match to achieve the best picture that you want. Standard Zoom, Standard Prime, up to Superzoom, Macro Prime, Perspective Control Prime, and Telephoto Mirror Prime can be chosen. This camera doesn’t support Telephoto Mirror Prime lens only.

This camera came later in 2019 and brought a whole new upgrade in technology. It has the same 24Mp camera with up to maximum 3840 X 2160 resolution for video. The camera sensor used is the same CMOS sensor. It’s also bigger than A6000, 46 grams more. It could be a little problem to carry this around. 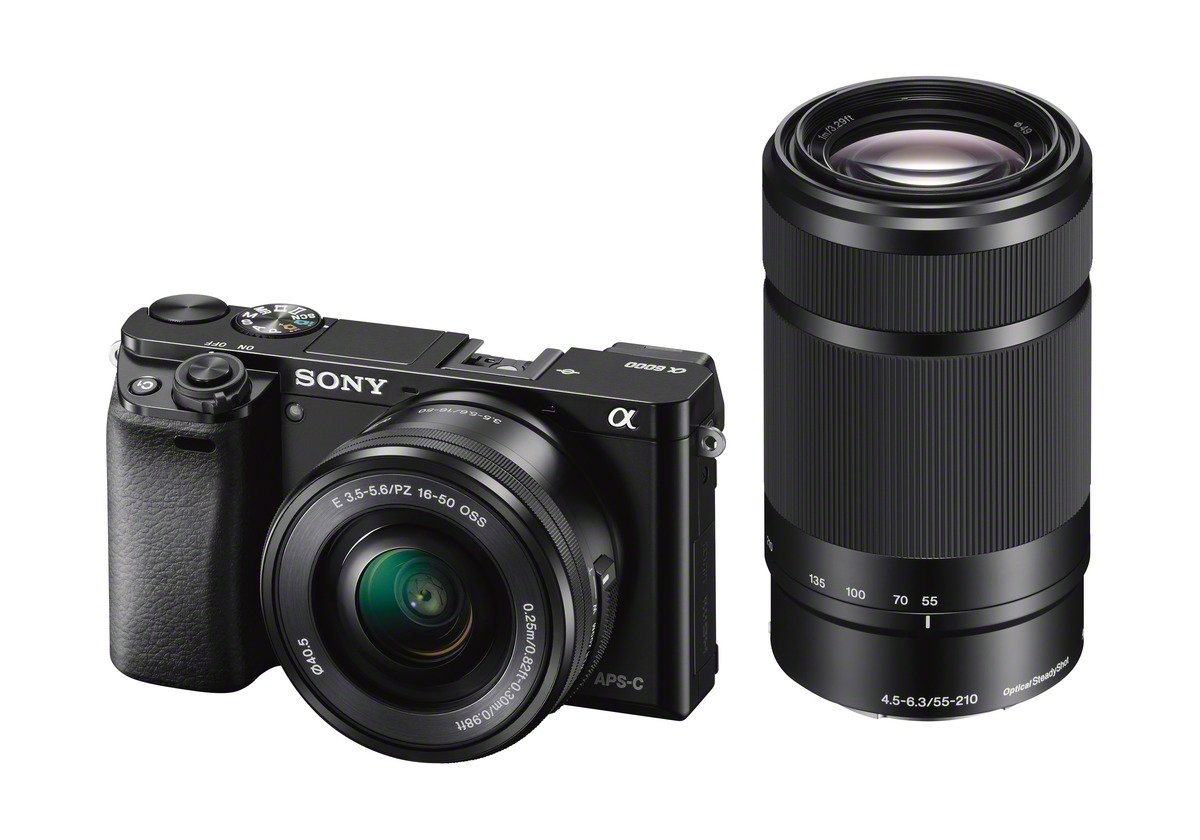 Viewfinder resolution is upgraded to 2360K dot, with the 3 inches digital screen. Additional features like Touch Screen and Microphone port are available. The selfie friendly LCD, connectivity for Bluetooth and video stabilization are also here. More technology requires more power. Canon M50’s battery wouldn’t last longer than A6000. The battery will be fully used after 235 shots only. It also has 1 fps less for continuous shooting, which is not very significant.

About the available lenses, Canon M50 is only limited to 20 lenses, without Macro Prime, Perspective Control Prime, and Telephoto Mirror Prime. So for the professional photographers, this camera wouldn’t be a better choice than A6000 for the aspect of customization.

Overall, this camera is suitable for people who want to have a camera that is able to create good quality of images but with more simpler customization. The advanced technology is always a plus compared to the older ones, making it easy to operate and control the camera.

Choosing the best one from these two is quite difficult, since each of them is specified for each different market. But, if we have to choose between them, we would like to pick Canon Eos M50. Its new age brings newer technology which can make life easier. Simple things like Touch Screen feature and Bluetooth are always good things. Despite the lack of lense choices or customization, this camera can still be a great pick with better overall specifications, better features, and better comfortability not only for general consumers, but also professionals.

But, if you happen to be very limited in budget, A6000 still be a great choice for you. The technology is not left that way behind others. As a 2014 cameras, it is still relevant for today’s demand. The customization feature alone can make this camera worth to buy, especially if you’re using it for professional works.