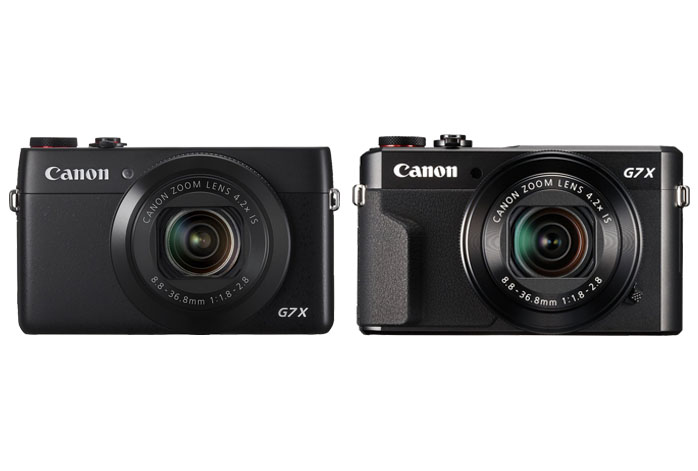 Design
One of the first things that we can immediately notice when looking at the two products is certainly the improved exterior design. Canon Powershot G7X is rather plain and actually has a smooth surface. While it is pleasant to the touch, it may render the handling to be tricky, especially if you have sweaty hands. Canon Powershot G7X Mark II has addressed the issue by coming with a curved and textured gripping area, allowing for a more solid handling. Thus, Canon Powershot G7X Mark II is slightly bulkier than the original, but still is relatively compact and portable.

In terms of image quality, Canon Powershot G7X Mark II comes with an improved high ISO performance, thanks to the newer and faster DIGIC 7 image processor. It still retains the 20.1 MP CMOS sensor with 12,800 max ISO and the 24-100mm lens with a nine-blade iris diaphragm.