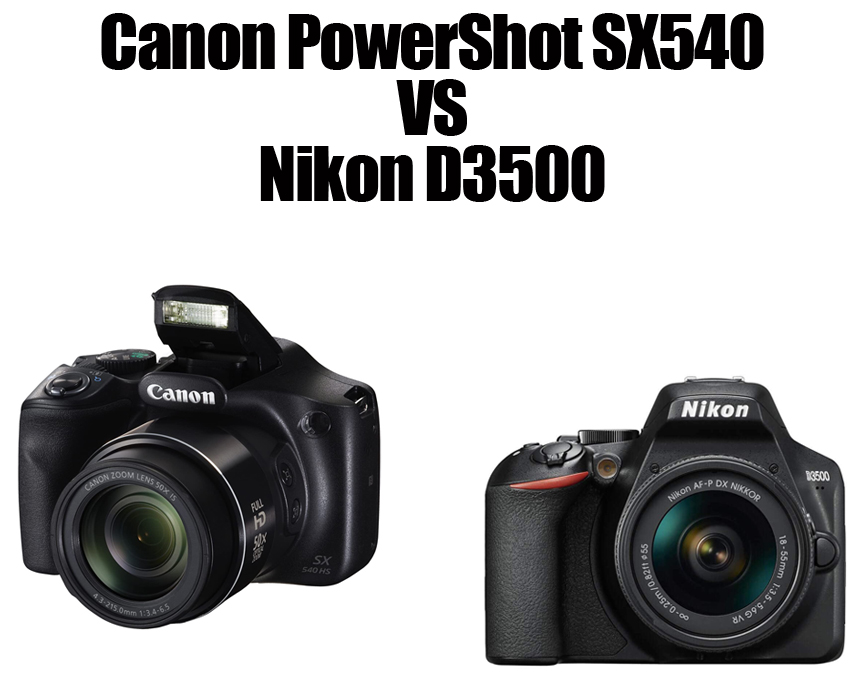 There are so many good cameras in the market and while the higher options are reliable and expensive, the Canon PowerShot SX540 Vs Nikon D3500 are both good and still very reliable. These cameras are good for beginners and casual users to accompany your day. The two are similar and they are not exactly the same so for those who are going to choose one, let’s see below about what they can offer.

Buying a Camera for Beginners

Cameras are probably one of the most important inventions that humans have made because it is making lots of things possible  and this is not just when it comes to immortalizing a moment. It is useful in other applications such as surveillance and security or control systems. In modern days almost all smart devices have cameras to ease the people when communicating with each other. However, for the enthusiast, a camera is more than a system that can capture pictures and record videos.

Regardless of the model and price point, a camera function and core will be the same. What makes them different is what the device is used for or what it is intended to do. For example security cameras and action cameras can both record and take pictures but one is significantly better at recording your actions while riding a bike. This is the same as when you need to buy a dedicated camera because not all cameras are going to be perfect for everyone.

Before buying a camera, you need to ask what the device is used for. Most people will be fine with just smartphone cameras but for those who are more serious about the hobby will want to have a dedicated camera. If you just want to take a self-camera and record the precious moments of the kids growing up, any affordable camera or camcorder will be sufficient. But, if you are here we assume that this camera needs to be reliable or at least similar to those professional types.

DSLR and mirrorless are so common today that you can find lots of them from different brands and different price ranges. They are very promising because most come with large sensors as well and the sensor is a very important part of the camera next to the lens. Having a bigger sensor meaning we get more of what’s in front of the lens, information, and also better low-light performance. If the camera has a fixed lens, consider whether you are going to need a different lens in the future.

Cameras with fixed lenses are very affordable and if you will buy another camera in the near future we do think they can be a great solution. Oftentimes people ask whether to buy an expensive lens or main body but we do think this is a step when you are really invested in the hobby or photography itself. For the casual users and people who just got interested, it is wise to choose something we can get used to fast and reliable, but also affordable since the money can be used for the higher cameras later.

There are so many good cameras out there and it can be confusing but it is faster to shop based on what you want from the device itself. The high pixel, large sensor, and fast AF are some of the best qualities yet they are often quite expensive. For the entry-level cameras we should go for a reliable system that is comfortable to use. Bridge cameras for example are a very good option as they come with long zoom lenses and they are very easy to use as well.

Bridge cameras are popular for what they can offer and many companies still have them today such as Canon. However, they have a fixed zoom lens so it may not be suitable for every enthusiast and if you need the one that is more versatile, a DSLR or mirrorless can be the answer. Nikon is a pretty well-known name in the industry and they carry lots of interesting models based on what you want to achieve, including the affordable range.

There is always a gap between the expensive and the more affordable alternatives such as between Canon PowerShot SX540 and Nikon D3500. These models seem to be the choice of many because of the capabilities and we do like the SX540 for both its price point and ability. This camera is very affordable, but still slightly higher than the current GoPro series and is definitely much better for the handling and experience, especially when you want to buy a higher camera later.

On the other hand the Nikon D3500 is a DSLR and this is perfect for users who want to try different lenses depending on how they want to shoot or need to develop the skill using different lenses to mount on the camera. In comparison, they are similarly capable but also different because in general the latter is more capable. It is sold with the kit and it makes the setup about twice as expensive. The body only is actually very similar spec wise. Read also: Canon PowerShot SX540 Vs SX70 here.

As you can see, these are entry-level budget cameras and as a bridge type, the SX540 is also using the typical SLR style. The grip is adequate and housing wise they are decent without being too flimsy or rigid. We don’t think any of them have weather sealing ability as well so we should pay attention to the temperature. Their control scheme is quite different however because the interface is more professional on the D3500 while SX540 is simpler and easy to use for casual users.

What we don’t really like in almost any camera including Canon PowerShot SX540 and Nikon D3500 is their fixed rear display. This may not be an issue for the photo shooting only but you need something that at least can be tilted when shooting in different setup or difficult angles. Another prominent difference is the lack of a viewfinder on SX540 since it is a bridge camera so the real experience will be much better on the D3500. The D3500 is usually sold with the kit 18-55mm lens and 70-300 mm lens. 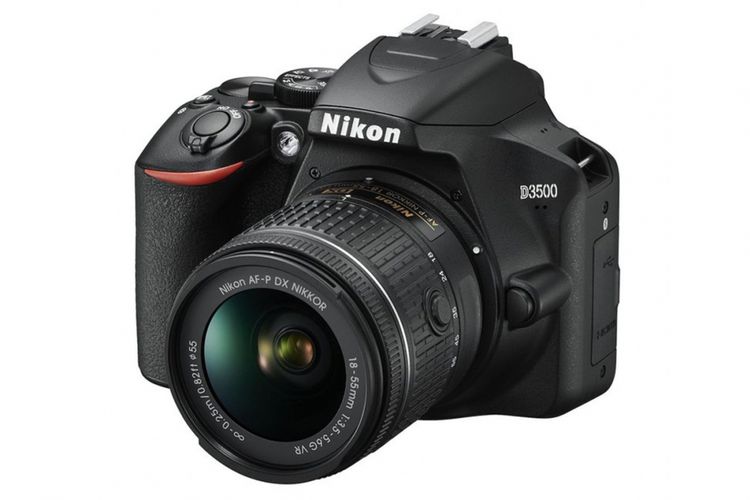 Next for the most important part, let’s see what the Canon PowerShot SX540 and Nikon D3500 can offer starting from the specs because as it has been mentioned above, they are similar when it comes to the main body. The effective pixel on the SX540 camera is 20MP and the sensor itself is 1/2.3-inch which is the same as those in typical smartphones. On the other hand the D3500 is an APS-C which is several times bigger in size housing 24MP resolution.

Depending on the lens mounted the D3500 is going to show a different crop as well but for the built-in lens on SX540, it is a 50x zoom range or 4.3-215mm while for example with one of the kits this DSRL is mounted with 18-55mm lens.  As expected, the view from these cameras will be different and if you use another lens, it can even crop further, or will have a longer zoom than SX540 with the extra cost and less convenience system.

Next for the image quality, we do think both Canon PowerShot SX540 and Nikon D3500 are good enough for enthusiasts and hobbyists. The difference will be on how wide the view will be because D3500 will capture more from what’s in front of its lens. With an 18-55mm lens it may not be able to zoom as close but it should be faster as well. The color looks great and the most noticeable difference will be when you shoot under low light conditions.

In low light, the D3500 is far more reliable and it can be used decently above the upper ISO of SX540. Setting it at 6400 the image quality is really good too but it becomes softer. Trying it at 1600 there is no visible loss in quality but at 3200 the image starts to lose the detail too.

Lastly we want to talk about the video recording for these cameras and as expected, you can already guess that SX540 is only capable of recording 1080p footage at 30fps but surprisingly the D3500 is also carrying the same spec. It is actually not a bad resolution and if you need 4K, we recommend a cheaper camera like DJI Osmo which is very capable. These cameras can only record HD quality but the DSRL is slightly better as it is faster at 60fps.

There are so many good options when you want to invest in a camera. The difference is that SX540 will be a lower choice for the smaller sensor. The latter is a DSLR with APS-C and higher sensor as well as interchangeable lens system. Depending on the lens we can zoom further with D3500 and this camera also houses a more professional layout or interface. The sensor is much better too because low light performance is improved a lot making the device more versatile and useful.

Depending on what you want to achieve, we will recommend SX540 for casual and beginners but if you can spend the budget, a DSLR like D3500 will be a more powerful and suitable tool to help us build the necessary skills.