Bridge cameras like Kodak Pixpro AZ401 Vs AZ252 are handy, especially for travelers, because they provide a long zoom so you can get closer to a subject. These cameras are affordable for many and produce good pictures. Today we will see what else you can get from the two, some possible differences, and which you may like better. 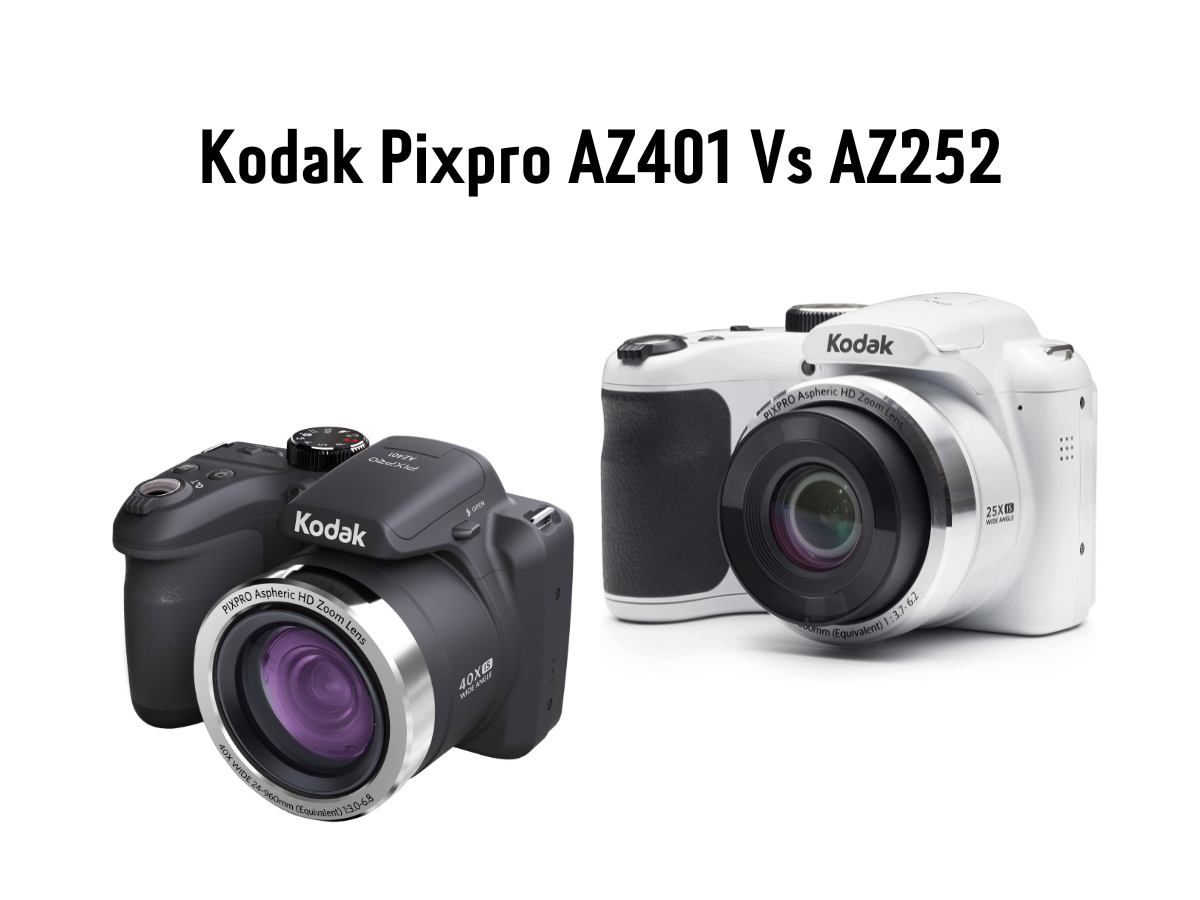 In this comparison, we will talk about the following:

There are many camera types with different goals to fit various applications. One of the most well-known cameras is the Bridge camera which, as the name suggests, brings you closer to a subject through its lens. The term started when big cameras were only used by professionals, but it is no longer relevant today. Still, many people call cameras with a long zoom lens as bridge cameras. Generally, this camera type is a regular digital camera with a fixed lens and variable focal length. Unlike pocket cameras, the bridge models usually have a bulkier form, almost like an SLR.

Do you need a bridge camera? The answer depends on your goals because not everyone has the same lifestyle and purpose. We always recommend matching the tool with the application to get the best option. Bridge cameras are ideal for casual photographers and professionals who don’t want to bring various lenses aside from their main gear. A bridge camera with a fixed lens gives you different focal lengths and adequate zoom range in a relatively compact body. Kodak is one of the most well-known companies with good and affordable bridge cameras. 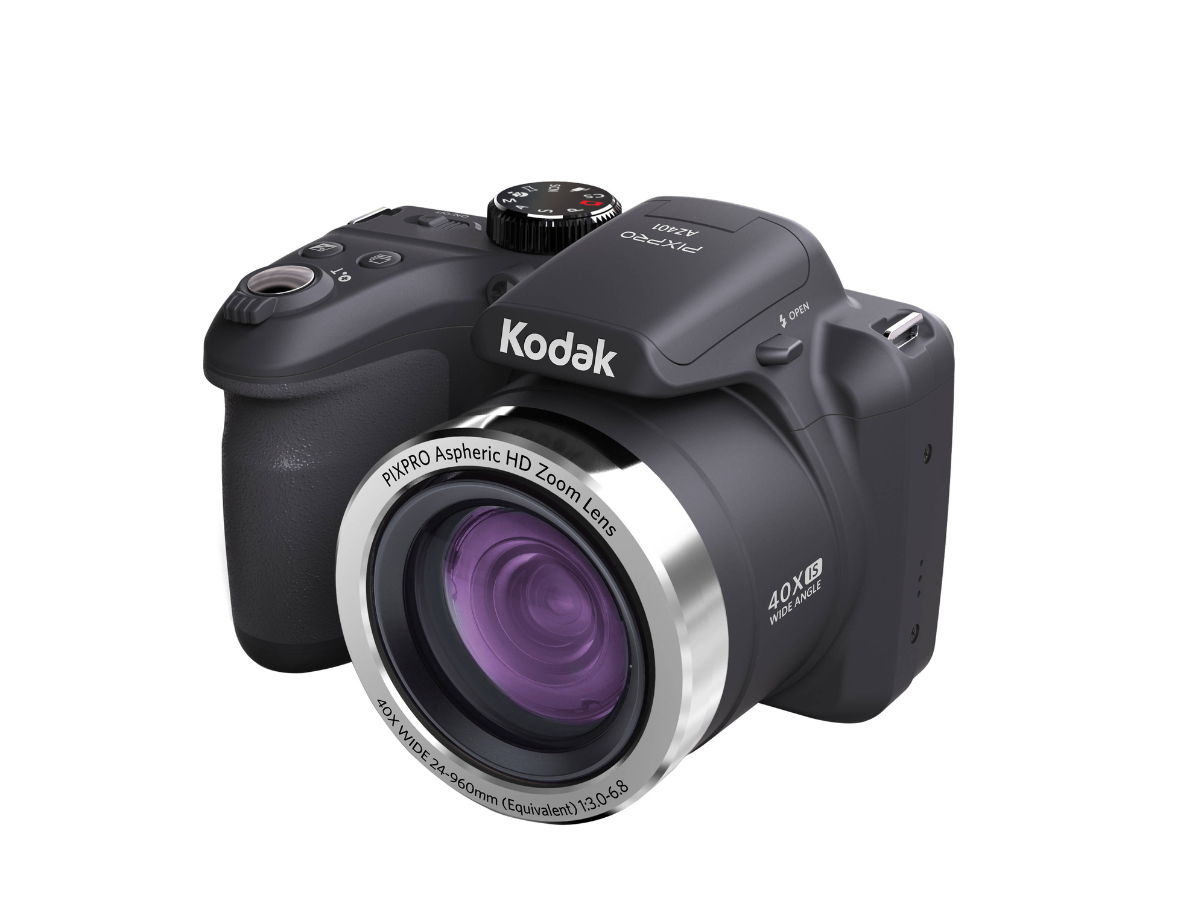 Kodak Pixpro AZ401 and AZ252 are ideal options for casual photographers who want a compact camera with a long zoom range and have a very limited budget. The Pixpro collection consists of many budget cameras and generally produces good pictures. As expected, these cameras boast the zoom range many flagship smartphones can’t achieve. The image quality is debatable, and if you rarely use the zoom or explicitly look for this feature, your expensive smartphone can do a better job producing crisp pictures.

As you can guess, the AZ401 is a higher model and slightly more expensive than AZ252. The AZ401 offers a wider zoom range for the price so that you can get much closer to a subject, but it also means the details will become softer as you crank the zoom. The other specs are identical, so if you need the extra zoom range, we can recommend the AZ401, and if not, the AZ252 produces the same pictures at the widest settings; these lenses are equally 24mm at the widest. Read also: Kodak Pixpro WPZ2 Vs Nikon Coolpix W150 here.

As you can see, the Kodak Pixpro AZ401 and AZ252 are almost identical design-wise. You can tell the cameras apart by reading the model name above the pop-up flash or the lens size. The housing is made of plastic, but it feels durable. The grip is adequate and crucial as you must stabilize the camera, especially when using the long zoom. These cameras are available in shades like black, white, and red. The rear panel features a 3.0-inch screen, but AZ401 has the better resolution. 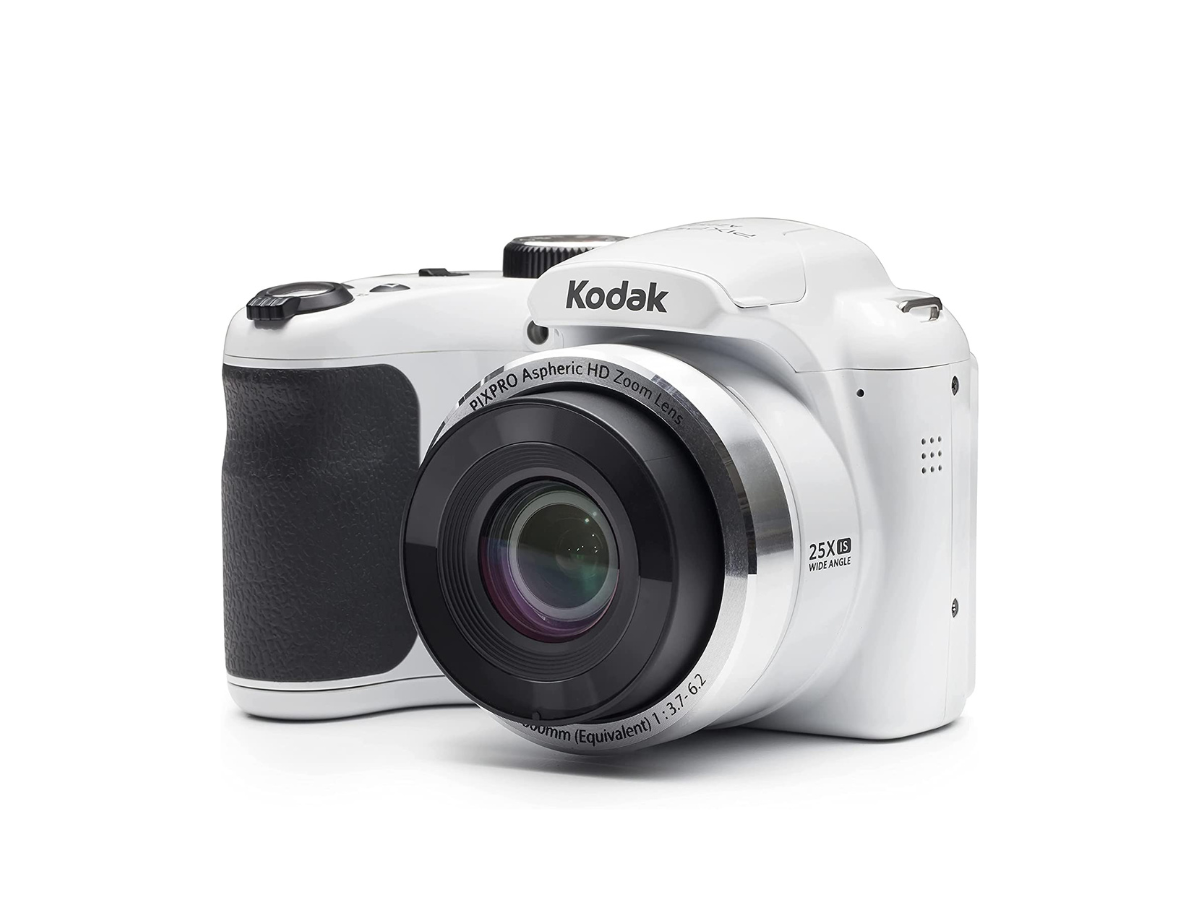 Due to the sensor and pixel limitations, you won’t get fantastic pictures from these cameras. But it doesn’t mean they don’t work. What most people may see from an image is sharpness, and unfortunately, the Kodak Pixpro AZ401 and AZ252 don’t produce very sharp pictures with low pixel density. If you have the current flagship phones, the regular photos may come out better, especially resized for bigger prints. It is also worth noticing that the pixel density may drop as you extend the zoom range.

Like most affordable cameras, these two suffer when there is a lack of lighting, mainly due to the CCD sensor. The daylight application should be more than decent for casual purposes or if you want to upload pictures to social media. With a longer focal length, the AZ401 can get noticeably closer to a subject, but the overall quality will also drop. Both cameras produce a similar result at the widest setting, and when the autofocus is set, the widest aperture gives a reasonably blurred background.

The autofocus performance is always an issue in cheap cameras, including Kodak Pixpro AZ401 and AZ252. These cameras have a straightforward autofocus that sticks to the center of the frame but is also adjustable to follow a moving subject. The performance is pretty good as they need less than 0.5-second to lock into a subject and capture the picture. Still, the cameras are not for active people because the tracking could be more reliable and often strays, which can be frustrating if your primary subject is a wild animal.

The device performance is less snappy than your expensive phone because you need to wait a few seconds from the OFF state to lock into something properly. You can take a photo for less than 4 seconds, but it won’t be in focus. Depending on your subject, whipping a smartphone can be a better decision.

The Kodak Pixpro AZ401 and AZ252 are good bridge cameras for the price. You get an extensive long zoom for less than $150. Both cameras use the same sensor and pixel, so the image quality is similar. The main difference is the lens because AZ401 has a longer focal length that gets you closer to a subject. The aperture is also smaller to help get a nice background blur. But, the autofocus performance leaves much to be desired, making the two best for relatively still subjects.

Kodak Pixpro AZ401
- You’ll get well defined, detailed images thanks to the AZ401’s 16 million pixels. That’s ample resolution to crop, zoom, or enlarge your photos however the photographer in you desires.
- With a 24mm wide angle lens, there’s no sacrificing what you want in the frame. So go ahead and let your camera see what you see - The sky’s the limit!
- The optical image stabilization will iron out any small movements as you’re focused on getting your shot, so you never have to be afraid to go for what you want.
- Whether you’re in the moment, or modifying your work at a later time, the bright, 3” LCD screen ensures that you end up with just what you’re looking for.
Get the best price here
Kodak Pixpro AZ252
- Nobody likes to hold a pose…and with 720p HD video they don’t have to. Capture all the action with a one-touch record button.
- Need to get right in there, but worried your shot might be out of reach You can capture the action without having to get in on the action. For adventures, life events, you name it - 25x optical zoom lets you get nice and close (without having to get too close).
- 16 megapixels lets you capture lifelike clarity in your images - without losing quality as you alter them later on. Crop, zoom, go nuts!
- At 24mm, the lens is wide open…and so are the possibilities. Need to get the entire, breathtaking landscape Check! And you can forget about having to tell everyone to “Squeeze in!” The only question left is: What will you fit in your photos
Get the best price here

The decision is yours because we may have different preferences. We suggest the AZ401 if you need the extra zoom range and wider aperture, but the other specs and overall performance are identical to AZ252. Neither of these cameras is ideal for sports photography, but they are handy for travelers who want a zoom camera without spending much on an interchangeable camera system.