admin August 28, 2018 Panasonic, Versus No Comments

Below, we are going to discuss about:
– The image sensor of each model
– The video quality comparison of these two cameras
– The focus performance of Panasonic Lumix G80 vs G7
– The photo burst performance of each model
– Which model that has a better display and viewfinder
– The comparison of the design and build quality
– Which mirrorless camera that is generally more recommended

Panasonic Lumix G80 also comes with built-in five-axis image stabilization system. This feature is incredibly useful for people who often shoot without a tripod. The stabilization is highly effective for eliminating blurs caused by shaking or slight movements of the hands. In addition, this IS system can work in conjunction with the Lumix optically stabilized lenses for what the company calls as a “Dual IS” effect, which greatly enhances the sharpness and clarity of the shot.

Panasonic Lumix G7 has a built-in AA filter. As the effect, its sharpness and detail aren’t as great as Panasonic Lumix G80. However, it is more resistant to moire, so it is a nice choice for shooting tiny objects and things with tight patterns. Panasonic Lumix G7 does not have any built-in image stabilization, so you should use either a tripod or an optically stabilized lens.

Video Recording
In terms of video quality, both Panasonic Lumix G80 vs G7 are great. They both are capable of 4K recording with a maximum resolution of 3840 x 2160 pixels. In addition, they each also have a microphone port, so you can use an external mic in order to capture high-quality audio. They also have the 4K Photo Mode, which enables you to extract 8MP still shots from a 4K video.

However, the built-in image stabilization of Panasonic Lumix G80 plays a huge part here. Thanks to this feature, you can record videos without any serious blur, even when recording without a tripod. Furthermore, Panasonic Lumix G80 has a much higher maximum video duration, which is 120 minutes per video.

Panasonic Lumix G7 does not have built-in image stabilization, so using a tripod for recording a video is almost always a must. Otherwise, the blurs and shakiness will be very annoying. Panasonic Lumix G7 only has a maximum video duration of 29 minutes and 59 seconds. 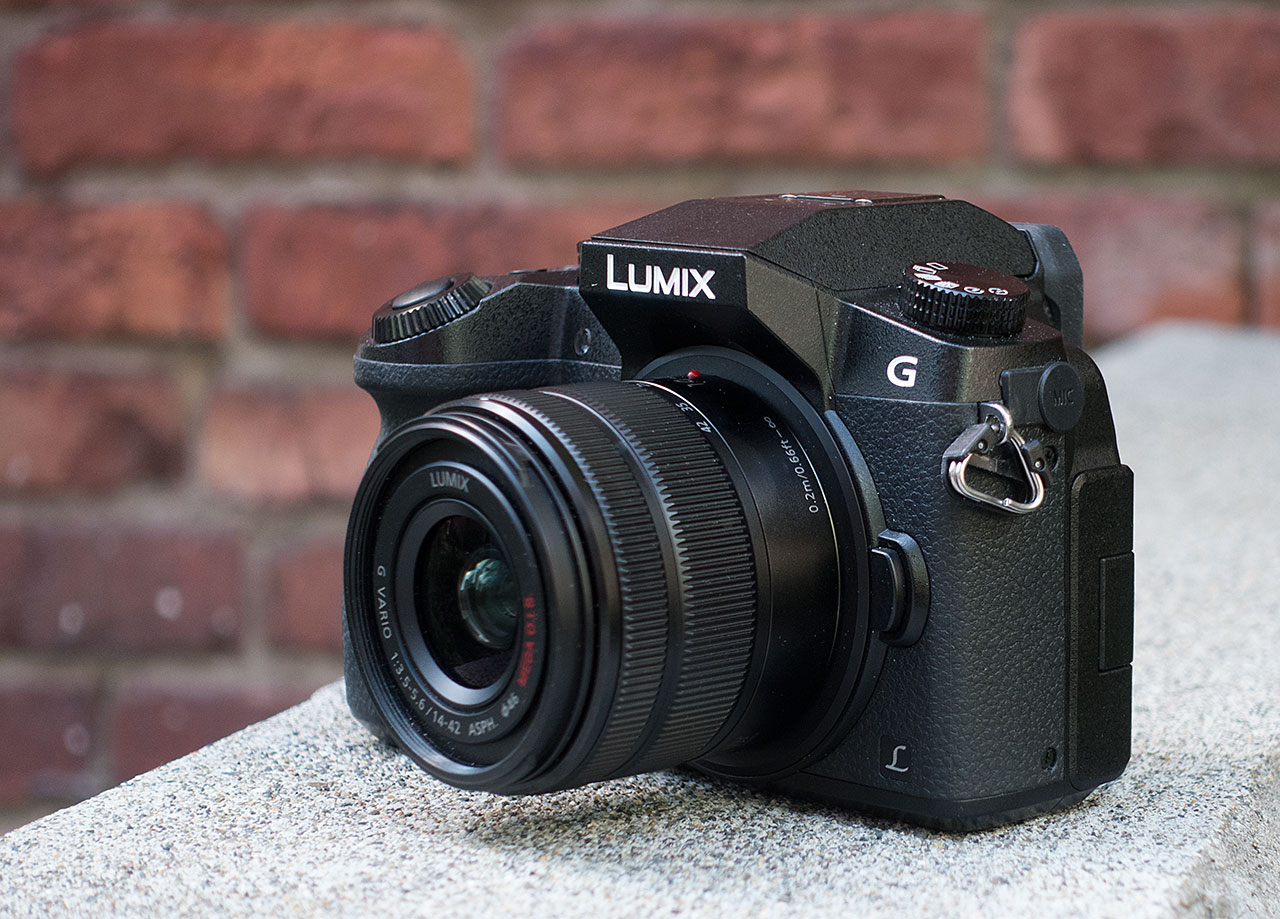 Photo Burst
Panasonic Lumix G80 is definitely much better in terms of continuous shooting. The photo burst rate is only increased slightly to 9 fps – which is a decent continuous shooting speed already. The significant improvement is on the buffer capacity. This camera can take up to 300 JPEG shots or 45 RAW shots before the buffer is filled up. So, this camera is a much better choice if you need powerful, reliable photo burst.

On the other hand, Panasonic Lumix G7 has a photo burst rate of 8 fps. But the buffer is very limited. It can only take up to 13 shots before the buffer is completely filled up. So, you can’t really take so many shots in one burst.

Display and Viewfinder
Again, the display and viewfinder of Panasonic Lumix G80 look similar to Panasonic Lumix G7’s. Each of them is equipped with a 3.0-inch articulating display screen, so you can easily shoot from difficult angles. The display resolution is 1,040k dots. They each also have a 2360k-dot electronic viewfinder which is very nice because it doesn’t experience any blackout every after a shutter click.

Design and Build
Panasonic Lumix G80 is a little bit bigger and heavier. This model measures 128 mm x 89 mm x 74 mm. The weight is about 505 grams. Nevertheless, it feels solid and sturdy. It has a weather-sealed body, so it will not get affected by environmental outdoors. The weather-sealed body is a major advantage for outdoor uses.

Meanwhile, Panasonic Lumix G7 is smaller and lighter. It measures 125 mm x 86 mm x 77 mm and weighs 410 grams. Unfortunately, it does not have a weather-sealed body, so you should keep it away from rain, water splashes, and dusty wind.

Conclusion
All in all, Panasonic Lumix G80 is definitely more recommended. This camera is better in various aspects. It can give you sharper, more detailed images. The built-in image stabilization system is extremely useful. It also has a much larger photo burst buffer, better focus capabilities, a better viewfinder, and a weather-sealed body.