Camcorder is a convenient tool to have if you will be recording lots of video and many of them are affordable as well for more people to reach. If you will be viewing the footage on a large screen, Sony FDR AX53 Vs Sony FDR AX700 will be a very ideal choice to consider because these reliable camcorders are going to record your video at 4K. Before deciding to choose one, go check what they can offer below. 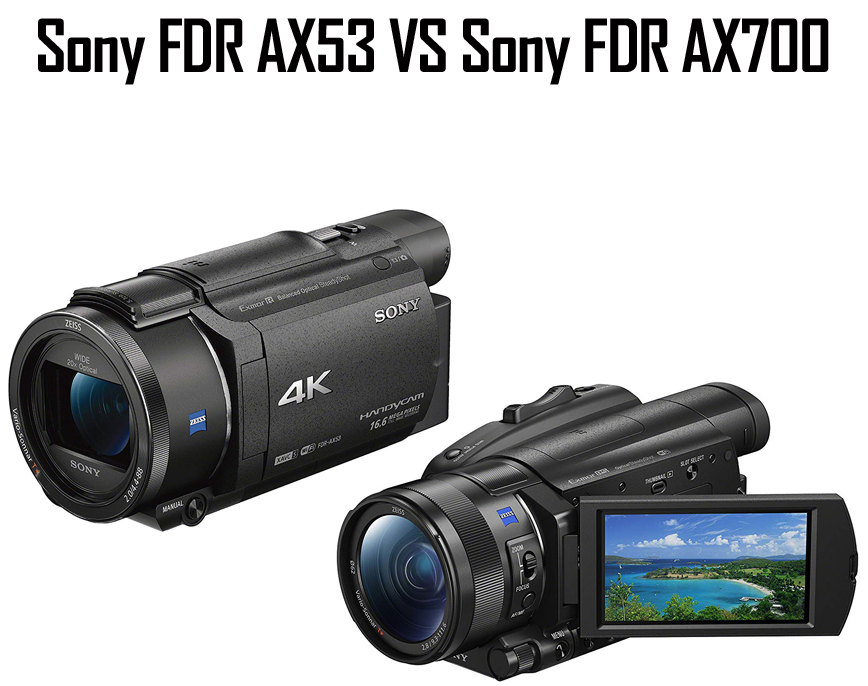 Smartphones are getting better nowadays with amazing video quality and high performance for those who will be using their device for productivity. Camera is one field that always becomes a highlight every time big companies are releasing their new flagship such as Samsung, Google, and Apple. Image capturing and video recording becomes an inseparable act for people in modern days as we often share those moments with more people; those who actually know you or just passing by your account from their similar device.

In the past, not so long but more than a decade ago High Definition videos were all over the world hailed as the new standard of quality but as of today, we are talking about 4K or even 8K level of quality. As humans become used to their old technology, we are striving to achieve better results and UHD is one of them that we are familiar with now. In simple terms, HD is 1080p while UHD is 4K or 3840 x 2160 as opposed to the older 1920 by 1080.

We are sure most people if not all will prefer to watch a video that looks good or easy to the eyes and the way 4K produces 4 times more pixels than its HD version will be translated into a better performance in producing details. For example, you will be able to distinguish hair strands better in a 4K video using a suitable display than when capturing in HD and watching them on a big screen which most of the time will blur the details out.

This is not about the video but one great thing about 4K displays is they will let you view the image much closer compared to our older HD TVs. For those who are not aware of this fact yet, the optimal recommended viewing distance for a 4K display can be twice closer than a regular TV. This means we can enjoy the details better and be able to experience the maximum image clarity without having to see the pixilation that occurs with lower density displays.

While UHD footage does look amazing especially when watched in a 4K display as well, they do produce larger file sizes and as we are recording, the storage may not fit them together in one card conveniently. You can always downgrade the file into smaller one for example 2K and our favorite part is that this file produces better quality than when you are specifically recording in the mode from the start. 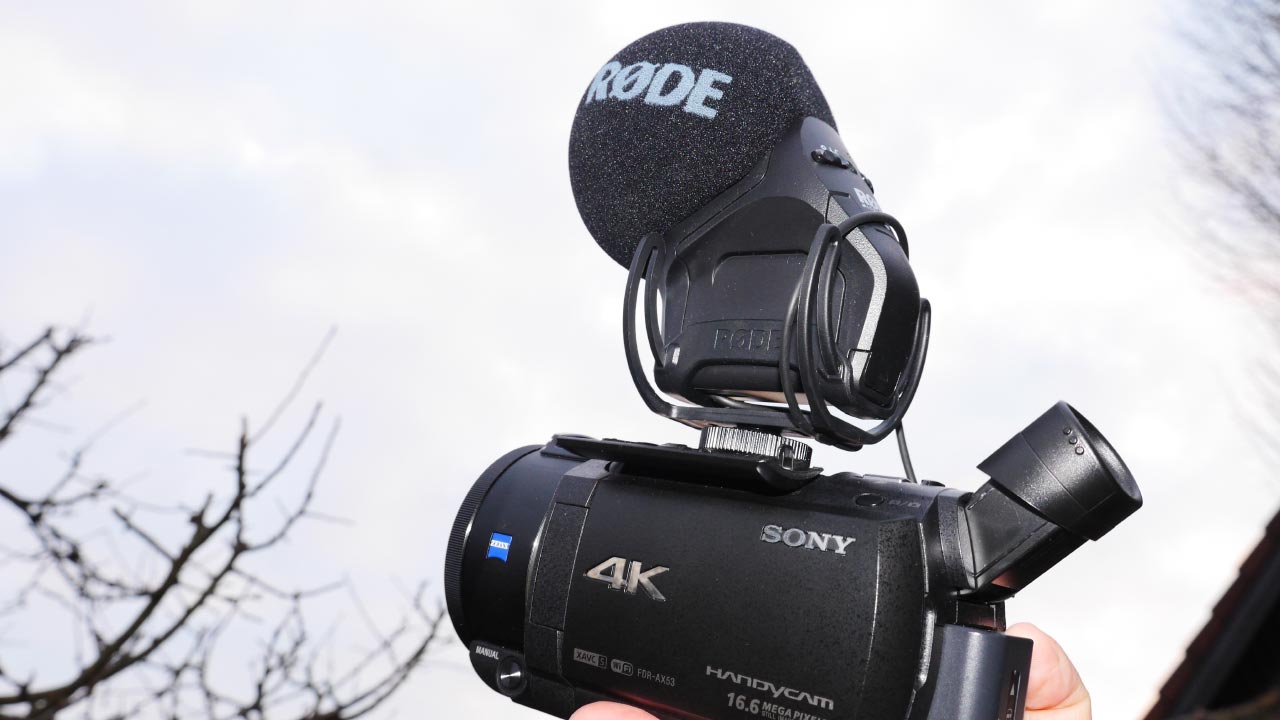 If you are going to achieve the best experience, recording in 4K and using a 4K display to watch them will be the best option especially if the display is larger than our common one. Smaller TVs or regular 14-inch laptop screens may not give you the same experience compared to when using the ideal tool for viewing so we do advise to consider your viewing media as well for it will affect the quality.

When you already have a suitable viewing display, now is the time to see what the camera needed to capture this UHD footage and today, even our smartphone is already capable of capturing at this mode but quality wise, dedicated cameras will do better in most cases. 4K camcorders are available widely from just any camera manufacturers out there and one of them is Sony. As one of the leading brands, they carry lots of ideal choice for each user and application.

Among those many collections, Sony FDR AX53 and FDR AX700 will be two of the most ideal models to pick because both of them are equally capable of recording at 4K but, they are also different especially in price range which translated well into their specification. In general the latter will be a better camera for people who are seeking a high performing camcorder and willing to spend for a professional tool while those who set the budget range below $1k can opt for the affordable model.

FDR-AX line has lots of products inside and most of them are dedicated for the end-consumer with various price range and performance. These two are favorite camcorders because of the fairly affordable tag but with amazing video quality and convenient or ease of use. Side by side the AX700 will be winning in image quality because it carries a bigger sensor and more pixels to work with yet, they may look just the same if played on a smaller screen such as laptop or regular PC display.

Almost all camcorders are sporting the same standard design and side by side Sony FDR AX53 and FDR AX700 are pretty much similar to each other but also different because you will see the latter to be slightly bulkier and heavier in comparison. They are 71.2 and 89.5mm tall, 82.5 and 116mm tall, as well as 160 and 196mm deep with the same sturdy, robust cover combined with the same fashion. They are weighing quite differently since the latter is also almost twice as heavy as the AX53.

They have this folding display which already looks great for starters and can be flipped outward when needed to record a self-camera. What’s different is that you will find a slightly larger display on AX700 and this model is also carrying a higher pixel density in comparison to AX53 but, they are similarly touch-sensitive. Another difference is their ports control because you will get much more on the higher model and you can check them out when opening the LCD panel.

Moving further, let’s check what these camcorders can offer and starting with their imaging system, Sony FDR AX53 and FDR AX700 are already quite different for the AX700 comes with the 1-inch sensor, the same with professional camcorders like Canon XA50 Vs XF400 but now it is for casual users while the cheaper camcorder is featured with 1/2.5-inch type R CMOS sensor. What’s unique about the 1-inch sensor is not only for its size but the technology behind it as well.

This sensor was introduced in 2012 and called a stacked sensor or sporting a stacked structure in which a back-illuminated pixel section is stacked on top of chip consisting of signal processing circuits and allows the camera to deliver improved image quality as well as functionality. These two camcorders also have different effective pixels between 8.29 and 14.2 MP to work with the video and still image that makes the AX700 have the upper hand to create better details over its little brother. On top of the setting, you can equally record 4K at up to 30 frames per second with both of them.

While in image quality will certainly be won by AX700, similar like most smaller sensor camcorders in the market, one of the upper hands of having a small sensor is you can have a long range of zoom with its lens benefit here and this is what AX53 will offer to you. In comparison, this camera will let you do optical zoom up to 20x, clear image zoom in 4K up to 30x and HD at 40x while the digital zoom is boosted up to 250x compared to 12x, 18x, 24x, and 192x respectively.

Another point we want to talk about these cameras is their Autofocus function because this is what AX700 is boasting beside the big sensor. Unlike many cheap camcorders that mostly use contrast AF, this one is already using Hybrid AF, combining contrast and phase detection; similar to those in DSLR and Mirrorless cameras. This will give the camera an upper hand to focus quickly with its 273 focus points covering 84% of the frame so your footage will pay attention to what’s matter.

The last feature we want to mention is extended storage in AX700 because this is one of our favorite functions in any camcorder which unfortunately, is not available in AX53. This model will let you put two storage inside and let the user extend their footage by choosing the storage option from the setting. Our best choice is letting the camera save the footage on another memory when the main one is full so we don’t have to change it manually every time needed.

Both of these camcorders are ideal for anyone who is going to record their moment in 4K but they are also different because AX700 is better with its larger sensor and more pixels to work with which means it will give you amazing image quality. It also comes with a better LCD and more reliable autofocus to produce better image as well as an option to relay the storing system.

All in all you can choose any of them depending on the budget but for those who will be able to spend quite much, we do recommend to pick Sony FDR AX700 because this model will deliver a great image quality with some professional benefits inside.