For those who are not very fond of using their smartphone to capture still images and video footage, a video recorder will be a great device to have because they are specifically made for the application especially if you are into moving footage. If you also don’t plan to spend much, Sony HDR CX440 Vs CX405 will be a nice choice to consider and before you go to shop for one, here you can see what they can offer and which is the better option to get. 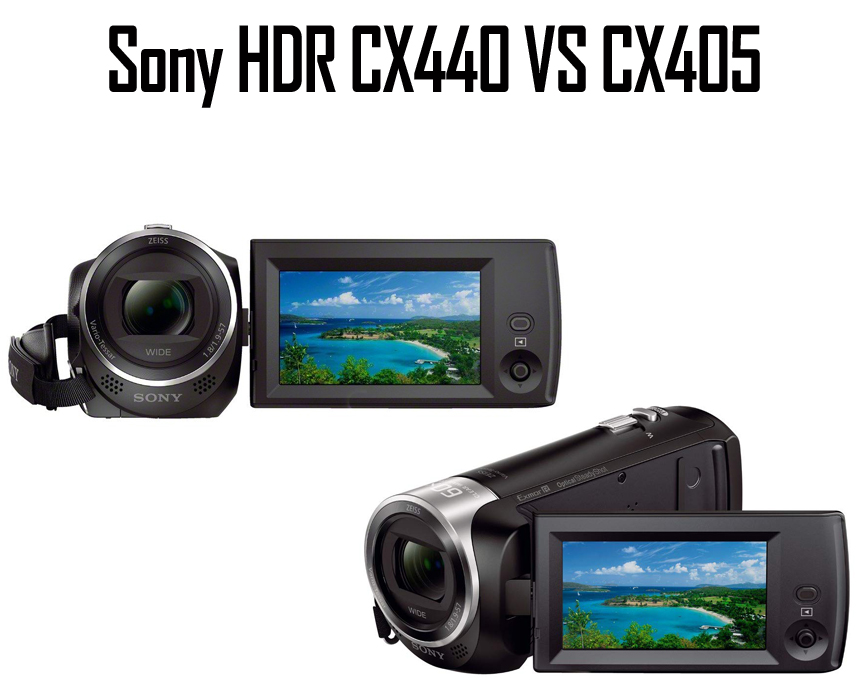 Almost all of us love to take pictures whenever going outside whether it is just to a new restaurant or to the dog park and enjoy some free time together with your loved ones. The convenient and instant connectivity or sharing system makes it like a habit that sometimes we feel odd when doing an activity without snapping a picture just to update our social feed. For most people, a smartphone camera will be adequate to fill this duty but for some, we need a more powerful device.

A dedicated camera is always the best when it comes to improve image quality and today, the most popular type of camera being purchased by casual and enthusiast are DSLR with Mirrorless continue to rise as manufacturers are designing more effective products. They are available in a wide price range from cheaper to those in professional level but the more expensive it is, the bigger the sensor, better processing technology including with improved autofocus making them ideal for improving image quality or skill as we learn the method and technique.

One of their best qualities is that we can change the lens so depending on the subject or situation, we can install the suitable lens to go with. Depending on the brand, model, and sensor, the lenses availability will differ as well including the price range.

If DSLR and Mirrorless are ideal for photographers and those who are taking still images only, you who love to record footage may want to choose a video recorder instead. They are often not as good for capturing still images due to the rather small sensor and low pixel count used but when it comes to video, most are reliable enough for casual users. Even cheaper camcorder can already produce useful footage of your special occasions or self-footage producing for streaming services online.

The best thing about camcorder compared to, for example camera smartphone is their zoom range since most are capable of offering more than 10x optical zoom and many more for digital or advance zoom. In addition the ergonomic design makes them ideal for handheld recording especially when you count its image stabilization system as well. Some unique types of video camera like Brinno TLC200 Vs TLC200 Pro are specifically designed for time-lapse video, if you are interested in this type of style.

This is essentially a video recorder as well but comes in different form or more specifically compact form.  An action camera is very small but can pack high technology with some are much better than affordable entry-level camcorder. Their main market is active people and video bloggers who are going to travel and move much but also casual users when they want a dedicated camera to preserve the smartphone’s battery. One of their best qualities is they can be mounted on various objects as well as ideal to be used for water sport. 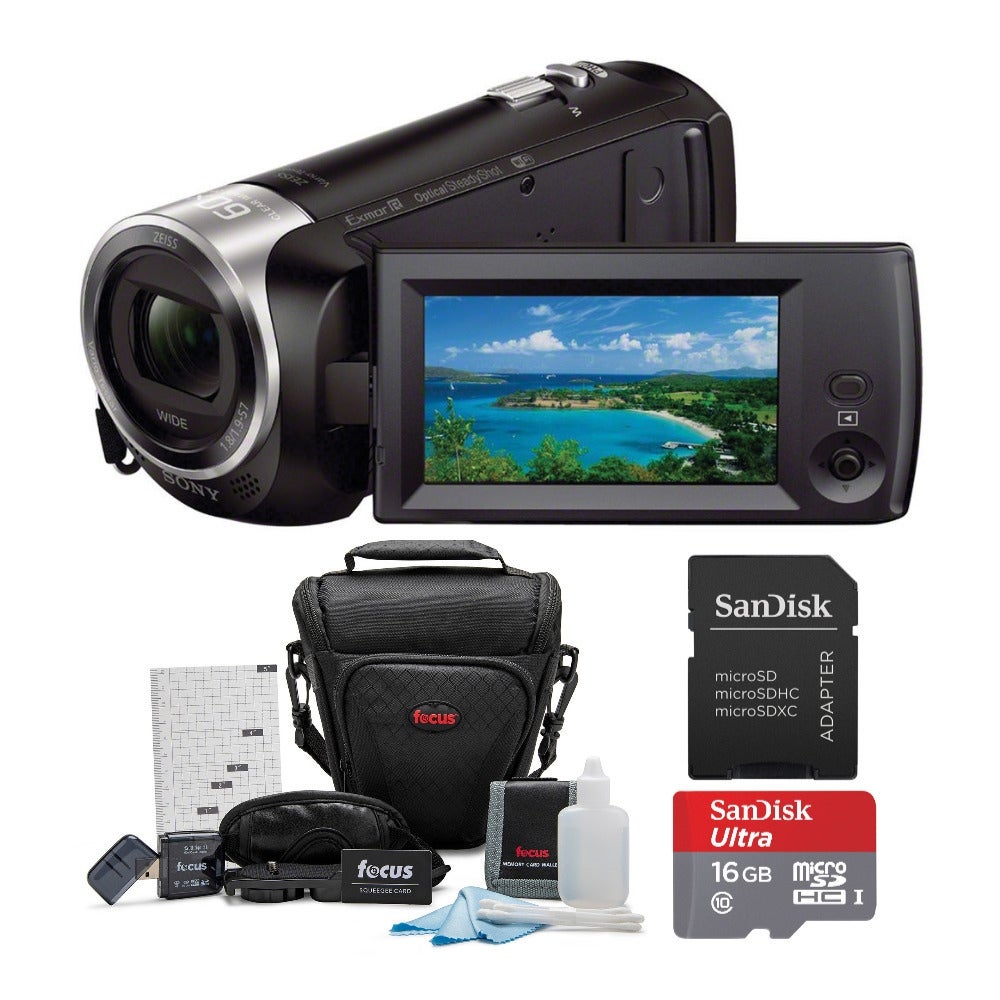 The best option should be the one that fits your application the most and among these cameras, you can pick one that is meant for your kind of activities for example action camera for sport people and DSLR/Mirrorless for photography enthusiast. But, if you are here it means you are currently looking for a camcorder and this device is the best for those who are going to record various occasions, events, as well as content such as product review or recording video cover to a song and choreography.

Depending on the level of quality you want to achieve with the camcorder, our option may vary widely and if you are also planning to sacrifice only a little, we should stick to the entry-level models only or cameras with HD resolution. There are still many companies in the market offering this level of products and one of them is Sony. They carry lots of cheap camcorders to aim for this specific market where people want to casually record their memorable events with much ease and convenience.

Among those many models, Sony HDR CX440 and CX405 will be a nice camera to consider with a good image quality, well-priced, as well as comes what usually present in affordable models yet still pretty impressive too. Since we don’t spend much to get these cameras, we can’t hope to see much here as well especially on the higher build quality or amazing footage result that will blow your mind. However, in our opinion these two are definitely worth the chance to be your companion.

If you have ever use Sony handycam or camcorders before, you may know that this company have lots of similar cameras in the catalogue some are available at certain region only which is the same what sold on other place yet, they have different names with little to no different capability and this is what happened with Sony HDR CX440 and CX405 as well. These cameras are identical to each other that in most cases what you can find on one product will be present on the other too.

Side by side it is difficult to set these camcorders apart because they are almost like a copy to each other with the same form factor, weight, and material or build quality. They are about 1 ¼-inch wide, 2 3/8-inch tall, and 5 1/8-inch deep with a weight of 7.6 oz. with the battery included and 6.7 oz. for the body only which is mostly made with hard plastic. They are not the most durable or fancy with no weather sealing ability but for casual users, the cameras feel firm. 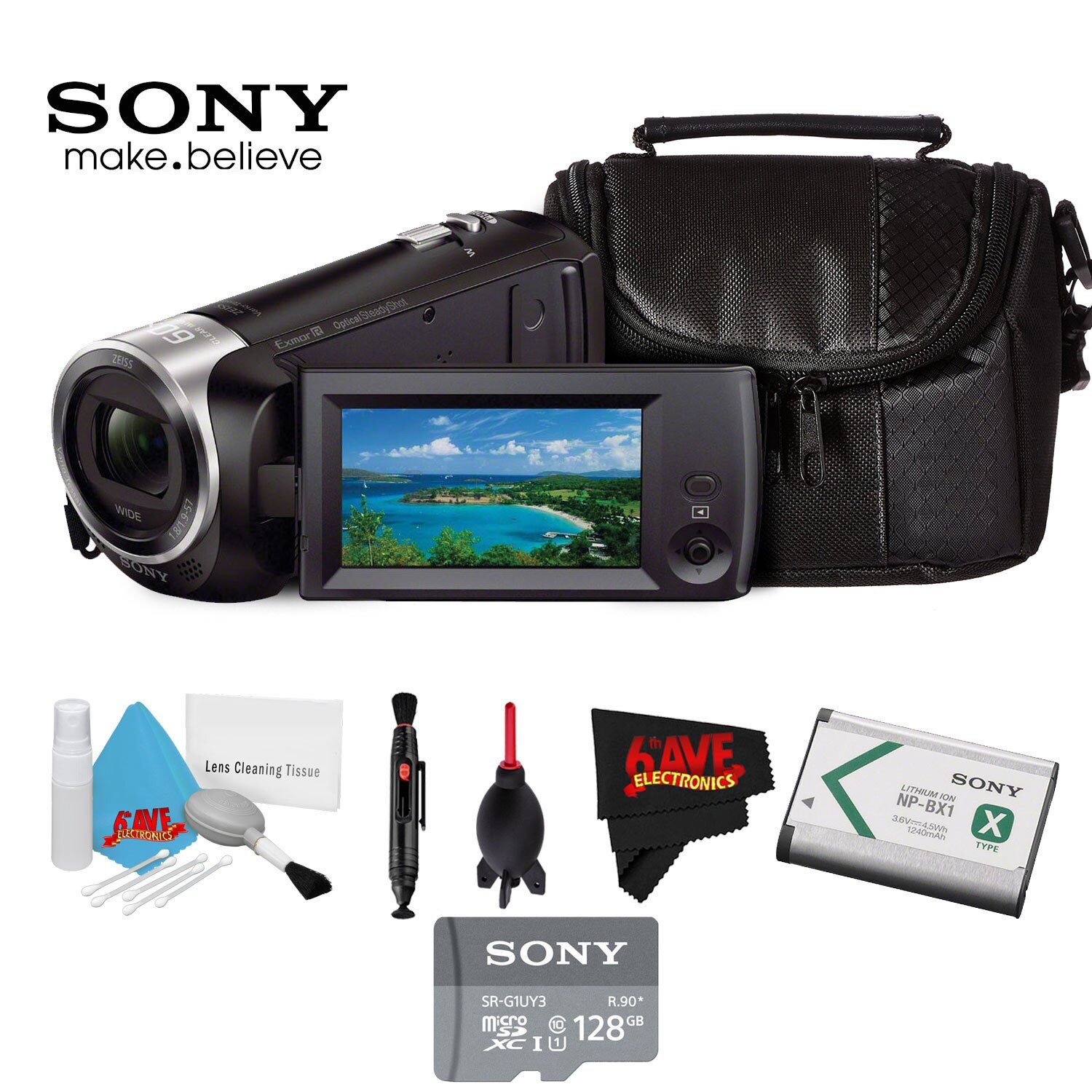 They have this black and silver fashion option with some buttons or controls painted with silver coating as well as the outer housing of their lens compartment. They are equally featured with a 2.7 Clear Photo LCD display with 16:9 ratio and they are not touch-sensitive as well. The method to control these screens is with the button and a physical cursor stick located on the display panel itself. The screen maximum angle is 90 degrees and can be turned up to 270 degrees if needed.

Moving further, let’s see what are offered by Sony HDR CX440 and CX405 and starting with the image quality, you will also found the same 1/5.8 back-illuminated Exmor R CMOS sensor with effective pixel of 2.29MP used fully for footage recording while the still image will be using 1.7MP of this amount. They are also using the same BIONZ processor and Zeiss lens with aperture of F1.8-F4.0 and focal distance of 1.9-57.0mm. The angle itself is 26.8 or 1.05-inch which is pretty standard for regular sized footage.

When it is about quality, these cameras are definitely not the best you can get but considering the price, the video is quite good especially when used under adequate light such as shooting outdoors. The footage has a good color and detail, dynamic range is acceptable but not satisfying. They are recording HD 1920X1080p at 60fps and can record audio with built-in microphone but you may want to do some editing later to further adjust the result.

As a camcorder, what you may want to achieve with Sony HDR CX440 and CX405 is probably the zoom function and this is understandable because they will give you up to 30x optical zoom and 60x clear image zoom or with 350x digital zoom. This zoom can be useful for watching something far away but not that good if you will be using those at the top for a content for noise is inevitable. What sets them apart from each other is the connectivity option.

Lots of cameras have NFC and Wi-Fi connectivity but only HDR CX440 has the feature means here you can connect the camera to a smartphone or tablet and use them as remote or viewfinder for a more convenient footage or image capturing.

As for the stabilization, recording while hand holding the camcorder seems to still be pretty good and it is thanks to Optical SteadyShot with Intelligent Active Mode which is going to keep your footage less blurry when the camera is moving. This technology is present in both models and when in action, they do reduce the shakiness of your footage as well as making the video more watchable despite only being held by hand yet, they are still not ideal for sport or being mounted on moving objects.

Both of them are identical cameras so when it is about image quality they will be the same to each other. Overall the footage is looking good with pretty much detail while the dynamic range itself is not that awesome but still useful for casual users or anyone who don’t pay much attention to high quality videos. What set them apart is only the fact that CX440 is featured with wireless connectivity which makes it more expensive too.

Since they have the same image quality, we should consider the additional feature whether you need it or not and if we have to pick one, the wireless connectivity will be very useful for people who will be taking the camera outside and we do recommend getting the HDR CX440 over its brother.